Here’s a picture of my  Gaui 425 – including a scale (cm), with and without canopy [the carbon version, not the cheapo one] as an “X-Ray image”.  Just in case that someone out there is (like me) currently trying to figure out which batteries might work for this bird. Special feature: 10 pixels in the image’s original size (download from here; 2,1 MB) roughly correspond to 1 mm. 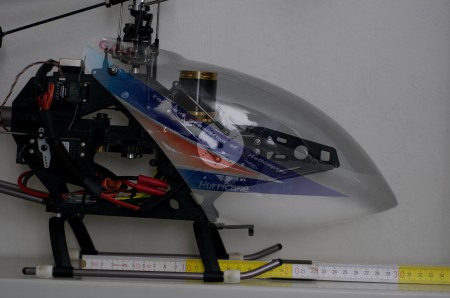 Currently the only mod done is the canopy retaining bold which is mounted on a 2.5 mm plastic plate facing down. I will probably remove that altogether – if the battery’s big enough, it can’t slip anyway.

Wow, that was a real fight. You get quite a nice hard disk with the 2TB Samsung Spin Point EcoGreen F4 (bang-for-the-buck-wise). Unfortunately, patching the firmware is anything but a walk in the park. Here is the experience I could gather in the process – scraping all necessary information from different places on the net. (thanks pixelr0n1n for the hints on how to get this stuff done on a Mac Pro – see comment section below) So let’s get started:

That was one of those: updates you should’ve skipped. Unless you have a spare, lazy Sunday afternoon. As I just did. The update itself was Lenny 6.0.3 in my case, but this seems to happen in different places at different times – YMMV. Anyway, the package tool apt-get asked me where it should install Grub – and that’s when I got suspicious. I could choose between sda, sdb, md1 or md2 – any regardless of my choice (even multiples selected), the result was a bit disappointing:

Just great. Aunt Google isn’t really helpful on this one, so here’s my little How-To.

Warning notice: please (pretty please) follow these instructions ONLY if you know what they mean. Any single command listed here is quite capable. Of messing up your whole system…

I had this scenario: RAID level 1 for /boot and / (and the swap partition. I know, that’s stupid, so let’s change that in the process, too). Here’s my config for reference:

…and that number “1” being the starting block of partition number 1 is the problem. However, I was really lucky: md0 consists of sda1 and sdb1, and md0 only holds my swap partition. So we have to change that one so that it starts “higher” than block 1. Let’s go:

…and tinker with partition 1: delete (d, 1), re-create (n, p, 1, 63, [enter your maximum size here]), change type (t, 1, fd), write back (w). If you like, do the same with disk sdb (if you think it’s more aesthetically pleasing to have the RAID partitions the same size for example). Next, reassemble the RAID, this time using RAID-level 0 (striping) for swap (why shouldn’t we?):

And: beam me up, Scotty:

That’s about it. Please don’t forget to re-setup Grub – hopefully without error messages this time. If you do forget, your next reboot might be a bit messy… ;-)

Big thanks goes to the folks over at the Hetzner-forums – they had the solution (but inaccessible for Google, that’s why I put it here).

Having returned from our trip to South Tyrol, I grabbed my GPS tracks off my Columbus V900, piped them through GPS Babel and loaded them into Aperture. After placing the first photo on the track to set the time offset, I was shocked. All images were misplaced, some images did not receive GPS coordinates at all… something very strange was going on. After a odyssey through the Internet (where I stumbled across BT747, a nice program to convert track formats), countless conversions from one format to another (via a third format), which all lead to the same crappy result, I found out what was the problem: the time zone which Aperture quietly assumes the track files have. One click here:

…and (amlost) everything was ok – if you place the cursor over a different zone before clicking „ok“, Aperture will also notice that it should apply the changes. Very buggy behavior indeed – and since last time the GPS placement worked fine (which was before daylight savings time), there’s a major bug on the loose here. Here’s the workflow I had to use:

One of those “Google-holes”: you’re searching for something – and find nothing. So let’s fix this (and for me, it’s where I can find it again, kind of a web-clipboard).

Here’s the problem: Working with Blender, I imported a 3D scene from another program. After a few clicks, I realize that all vertices are duplicated (Collada import, and no way to change the export settings). Select, toggle edit mode, “remove doubles”, 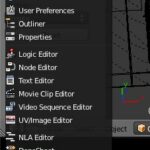 “recalculate normals” would be a valid approach for 10 meshes. But suppose you end up with several 100s? Right, there’s Blender’s built-in Python interpreter. So fire it up an any Blender window you like using the little button on the bottom left:

…and paste the following into that window (you might have to add one press of the return key). The script only works on the selected meshes (and ignores non-meshes), which makes it easier for really huge scenes – you might want to select only a few of them to get started, because Blender will be inresponsive during the script doing its job: